This is an authorized repost of https://www.atix.de/recap-the-foreman-birthday-party-atix/

This year it was our pleasure to host Foreman’s 9th birthday party.

Once upon a time …

Nine years later The Foreman is grown up and famous for managing and automating a huge number of IT infrastructures with several thousands of servers. Today, Foreman is also a major part of enterprise system management solutions like Red Hat Satellite 6 and orcharhino. 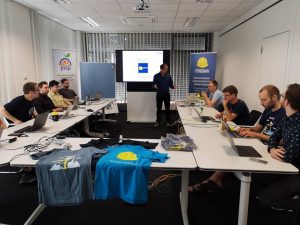 The party started at 10 am with birthday presents for all party guests. Everybody got t-shirts, stickers and foreman party helmets. After a short introduction we started our hack and try sessions. Powered by mate–tea and cola, three groups worked very successfully on foreman-ansible, foreman-probing and chat integration for foreman messaging. Only interrupted by a very short lunch break the sessions went until 14:30 when the „official“ part started.

This time we could listen to very interesting talks: Bernhard and Markus from ATIX showed us the possibilities of securing software repositories with gpg keys. Dirk Götz from NETWAYS gave a very good overview and demo about his favorite foreman plugins. Foreman Community-Developer Adam presented the latest enhancements of the remote execution plugin and Ansible integration. 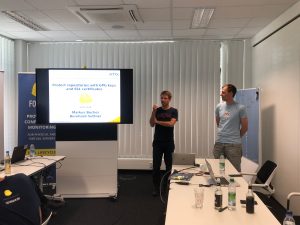 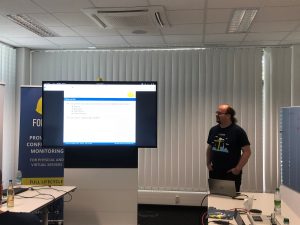 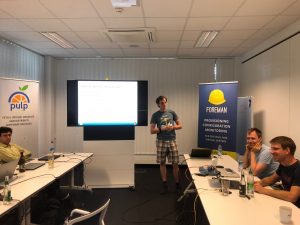 What’s a birthday party without a cake? Nothing!

The Foreman turned nine – so we had a big birthday cake with nine candles! After the Happy birthday song, Adam was chosen to blow out the candles and make some well wishes for the birthday boy.

The party went on with interesting discussions over pizza, beer. 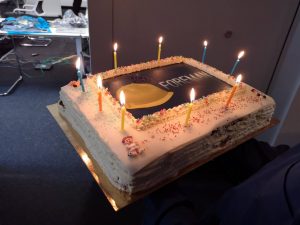 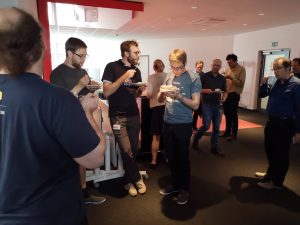 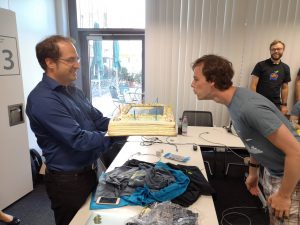 All guest enjoyed the party and working together with other community members. New friendships were made and everybody is living happily ever after :)